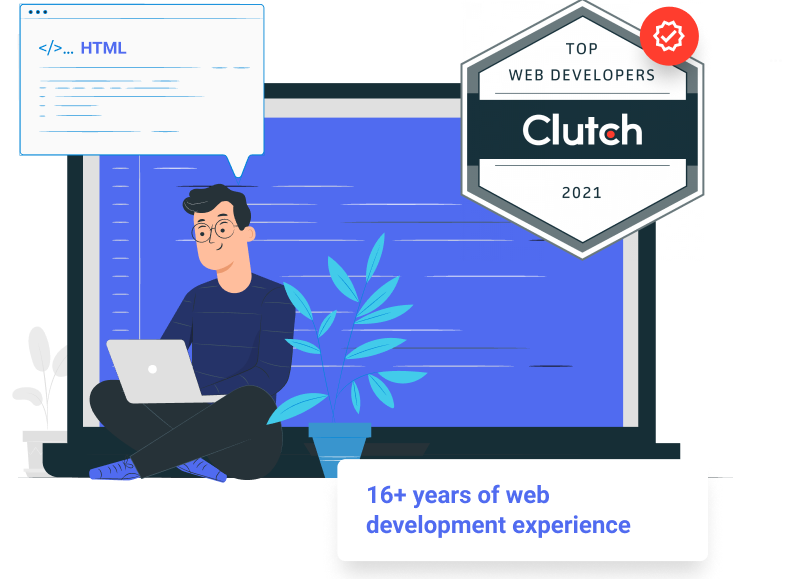 Since our company is a white label Vue JS development service, you can rebrand our delivered product as your own.

Completing the project is our top priority. Our experienced designers and abundant resources allow us to deliver the work by a deadline.

You will be assigned a project manager specific to your job who will respond to all your requests and questions.

We are fans of hand-coding and refrain from using automation tools that produce excessively lengthy code. As a result, our code is not only clean and precise but also of finest quality.

We will continue to support you even after the job is done. Should you come across any performance issues, we're just a message away!

We are available via any communication channels of your choice and adaptable to any workflow you choose.

You don't have to worry about the protection of your personal data or information because we take on a project only after signing a non-disclosure agreement.

Our Vue Development
Services and Capabilities

We don't cut corners when it comes to quality. Our team of QA specialists ensures that there are no issues or vulnerabilities in the final code.

If you are on a tight deadline, we offer ASAP development. Without sacrificing the product quality.

We check our code against the demanding W3C constraints. This guarantees your site's top performance and search engine friendliness.

Although automated converters are handy, they add unwanted clutter to the code. We choose to hand-code allowing for smooth rendering across all browsers and platforms.

Our Vue JS Services are a Good Fit for

Need to build a website for your client? You don't need to hire an in-house team, investing money and time searching for the best developers. Just give us the details of the project and receive the finished product within the required deadline.

Do you often refuse projects simply because you do not have resources to address them immediately? With our white label service by your side, don't think twice to accept multiple projects at a time. We have over 470 developers on our team who are available to work on any project whenever you need.

In need of a reliable web development partner to collaborate on a long-term basis? We have been around over the past 15 years. Our background includes thousands of completed projects for large companies like yours. You can trust us absolutely. We are here to stay.

Get a quote and have your project started in several minutes!
Get a Custom Quote

This site uses cookies. By continuing to browse the site you are agreeing to our use of cookies. Learn More